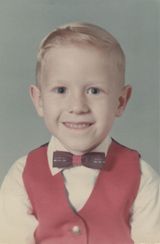 Cuppett is a graduate of the University of Texas at Austin, School of Architecture. After an internship in San Francisco, he has had the luxury of residing and practicing in Austin for three decades.

Cuppett formed his own practice in 1998. He is a registered Architect and Interior Designer. He has led the firm to design awards from AIA Austin and Texas Society of Architects. Work has been published in local and regional magazines including Southern Living’s “Best New Home 2014”. His homes have been featured in six of the last ten AIA Austin homes tours. In 2016 Cuppett welcomed Dave Kilpatrick as a Partner in the firm.