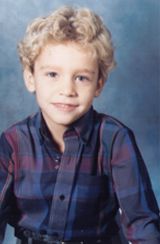 Dave is a graduate of the University of Texas, School of Architecture and a Central Texas native. Before joining Tim Cuppett Architects in 2011, he spent time drawing houses in Southern California and west of Austin. Somewhere during that time, he took sabbatical to swing a hammer in South Texas. Dave joined Tim as partner in 2016 and was flattered to have his name added to the masthead in 2021.

As a child, Dave spent hours in the family gallery and frame shop building chipboard models and hawking refrigerator quality paintings to the gallery’s patrons. Other after school days were spent at the family’s ad agency watching the graphic designers create page layouts. It is likely, these experiences, that shaped his affinity for composing architecture from a graphic perspective.

When he is not working, Dave’s wife, three kids and perpetual tinkering on his central Austin bungalow keep him very busy. He also sneaks out to the golf course from time to time.

Dave is registered to practice Architecture in the State of Texas.